We have a prophet on the earth today, just as in times past!  Just like Moses, Noah, Elijah – yes, a prophet just like that!  For some of us, this is not new news, but it is very exciting nonetheless, when you think about it.  We actually have someone living on the earth today who is the mouthpiece of God – who tells us what God would have us know.  Perhaps not in God’s exact words, but this man can give us the essence of God’s instruction to us.  In D&C 1:38 it tells us “… whether by mine own voice or by the voice of my servants, it is the same.”  He will tell us what God wants us to know; he will warn us of what lies ahead.

This hymn expresses the determination of the three men involved in its writing to follow the prophet.  Two of them were faithful pioneers who helped settle the Utah area.  Joseph S. Murdock (1822-1899) was one of the original Utah pioneers, arriving in 1847 with the Ira Eldridge company.  He faithfully completed many church assignments throughout his life.

Joseph J. Daynes (1851-1920) was only sixteen years old when he was appointed to play the organ in the old Salt Lake Tabernacle.  He later moved on to playing the organ in the new Tabernacle for many years and was the one who organized the first organ recitals in that building.  He composed marches for the funerals of Brigham Young and Wilford Woodruff, and wrote the music for five of the hymns in our hymnal.

Bruce R. McConkie (1915-1985) was not a pioneer in the same sense as Brothers Murdock and Daynes but as faithful in following the prophet as anyone.  Elder McConkie became a General Authority in 1946 and an Apostle in 1972.  He was a scriptorian of the highest order.  He wrote many volumes of doctrinal material and wrote the chapter headings for our LDS editions of the standard works.

Verses 1-3 of “Come, Listen to a Prophet’s Voice” were written by Brother Joseph S. Murdock.

Verse one makes the connection between the latter-day prophets and the prophets in biblical times.  “We’ve found the way the prophets went/ Who lived in days of yore.” Men like Moses led their people in treacherous times, knowing the end result but not every detail in between.  Moses felt very inadequate in his prophetic assignment.  He gave many reasons to the Lord for why he was not the man for the job.  He didn’t think the people would believe him; he was slow of speech.  “O my Lord, I am not eloquent… but I am slow of speech, and of a slow tongue” (Exodus 4:10).  The Lord didn’t remove the assignment but provided people to help him – his brother, Aaron, to help him speak; his father-in-law, Jethro, to help him delegate; his counsellors, Aaron and Hur, to hold up his arms when he was tired.

Mormon also said: “Condemn me not because of mine imperfection, neither my father, because of his imperfection, nether them who have written before him; but rather give thanks unto God that he hath made manifest unto you our imperfections, that ye may learn to be more wise than we have been” (Mormon 9: 31).

Joseph Smith said, “I never told you I was perfect; but there is no error in the revelations” (Teachings of Presidents of the Church: Joseph Smith (2007), 522).

Prophets are men, very wise and good men, who speak for God and lead us in the ways He would have us go.

Verse two of this hymn uses some favourite imagery of LDS hymns – that of the sun bursting forth on a cloudy day.  “The gloom of sullen darkness spread/ Thru earth’s extended space/ Is banished by our living Head, And God has shown his face.”  A living prophet to guide us does bring us out of sullen darkness and helps us indeed to know the face and word of God.

Verse three of this hymn recalls the words of Nephi in 2 Nephi 4:34 “I know that cursed is he who putteth his trust in the arm of flesh.”  Verse three expresses that thought like this: “’Tis not in man they put their trust/ Nor on his arm rely, Full well assured, all are accursed/ Who Jesus Christ deny.”  We are assured that this is the church of God, not of men.

Verses one through three appeared in Times and Seasons in 1843.  The tune by Joseph J. Daynes (1851-1920) was added and first appeared with the words in the 1889 Latter-day Saints’ Psalmody.

Bruce R. McConkie felt that this hymn was just not complete as it was.  One hundred years later he felt the need to finish it properly, so the message in the fourth verse must be important.  The fourth verse brings us back again to the hymn’s principal message: “Then heed the words of truth and light/ That flow from fountains pure.”  Those fountains pure are our prophets.  Elder McConkie admonishes us to heed their words “Till thine election’s sure.”  Follow the prophets always and forever to “Assure eternal reign.”  Yes, that is an important message.

Brother Daynes composed a lively, toe-tapping melody for this hymn.  It is mostly SATB, but the last beat of measure 10 begins a driving unison phrase.  In unison, this phrase is strong and contains the essence of the message of each verse.

Verse 1:  “Who lived in days of yore.”  This verse is about the early prophets

Verse 2:  “The world has gone astray.”  This verse is about the gospel message breaking through clouds of darkness.

Verse 4:  “Assure eternal reign.”  Elder McConkie encourages us to stay faithful to make our calling and election sure.

The music breaks into harmony again at the last word of each of these phrases, giving us relief from the intensity of the driving unison before.

Listen to our arrangements below.  You will first hear just the organ doing the introduction in the first example.  In the second, SATB voices provide the introduction.  Then the piano joins in for one verse.  The SATB and piano are joined by the countermelody (either voice or flute) for the second verse.  Our mp3’s are for demonstration purposes only.  You may choose to use these arrangements in a different way, depending on the musicians in your group.  The countermelodies for flute/violin and voice are the same melody for this hymn, so could be used interchangeably on different verses. 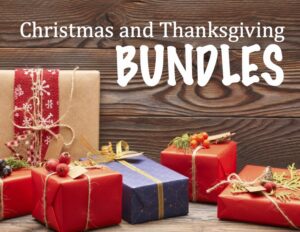